Elaine Harrison: I am an Island that Dreams

I am an Island that Dreams

Elaine Harrison was born in Petite-Rivere in Nova Scotia, but moved to Prince Edward Island to teach in 1938. There, she and her companion spent their summers at “Windswept,” the 200 year-old farmhouse on the cliffs near Seacow Head, where they lived a simple life, and for over fifty years were involved in the intellectual life of the Island and beyond, playing host to numerous summer visitors and corresponding with some of Canada’s top writers. In 1968, retirement gave Elaine the freedom to turn to her interests: her poetry, the campaigning for favoured causes, but above all her painting. Inspired by the Group of Seven, she found her subject matter in the cliffs and waves at Windswept, the sunflowers in her garden, the trees of the local hardwoods, and latterly her own cats and kitchen. In the early days she frequently gave her paintings away to anyone who appreciated them, but from the 1970s she began to get the recognition and financial returns they merited. She died in 2003, but her work is still much-loved by Islanders.

Jane Ledwell
Jane Ledwell has been awarded local and regional prizes and grants for her prose and poetry, notably first prize for both prose and poetry in the Atlantic Writing Awards in 2001. Her work has been broadcast on CBC Radio, most recently as part of the CBC Poetry Face-Off 2005, and has been published in journals such as blueSHIFT and anthologies such as Landmarks and A Bountiful Harvest. Her book of poetry, Last Tomato was published by Acorn Press in 2005.

Elaine Harrison: I am an Island that Dreams 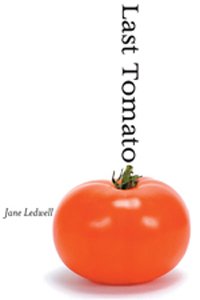 Kevin Rice
Kevin Rice is the director of the Confederation Centre Art Gallery. He has been involved in the cultural community in PEI for several decades and has curated numerous exhibitions – many based on the gallery’s collection of Canadian Art.

Elaine Harrison: I am an Island that Dreams
Kevin Rice's   books

Elaine Harrison: I am an Island that Dreams
Douglas Sobey's   books