Colouring is becoming a serious pasttime for all ages. Increasingly, studies have shown that the health benefits to colouring appear to be as good as the benefits of meditation. In a unique, easy-to-pack, format, Colour Prince Edward Island is a new book that will create hours of fun for the whole family.

Nadine Staaf is a nature-inspired colouring book illustrator, living and working in beautiful Prince Edward Island. Originally from British Columbia, Nadine’s art has most recently been influenced by the contrasting environment of P.E.I., which is prominently displayed in her newest book, Colouring Prince Edward Island.

Nadine Staaf
Nadine is the Illustrator of three previous colouring books, which have been purchased by thousands of colouring enthusiasts from around the world. Nadine and her books have been featured in Yahoo News, CBC News, The Guardian, G! Magazine, The Buzz, and many online publications. 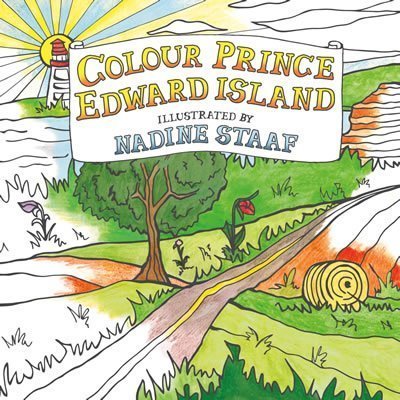