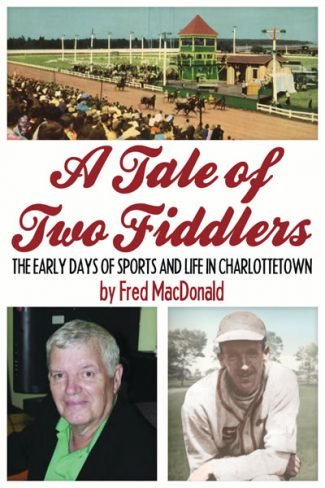 A Tale of Two Fiddlers

The Early Days of Sports and Life in Charlottetown

This is the story of the Charlottetown family as seen through the eyes of the oldest boy, Fred “Fiddler” MacDonald. This memoir tells of Frederick James’ journeys in the City, starting with his days as a newspaper and a shoe-shine boy while attending Queen Square School, an all-boys Catholic school in the centre of the City. The story retraces his paper route in the mid-1950’s and the people that he encountered in his travels.

Fred MacDonald
Fred “Fiddler” MacDonald is the son of James L. Fiddler MacDonald who was a university athlete and a baseball pitcher. He married Patricia Bradley before joining the Canadian Army and serving at the Battle of Blenheim, 1945. After the war, Fiddler Senior worked at various jobs until finding full-time employment with Canada Post until his retirement. He and Pat had 14 children; a crib death resulted in raising 13 children, seven boys and six girls. This is their story as well as the story of a post-war East Coast city and the burgeoning sports teams of the area.