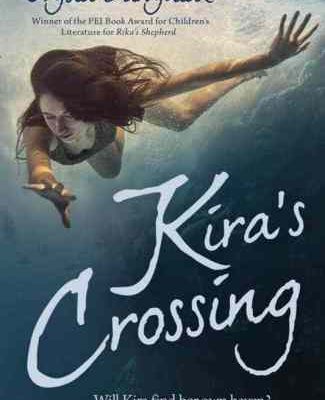 Watch the video (34 minutes long) of the reading and interview HERE.

Orysia Dawydiak from Union Road, PEI, won the first PEI Book Award for Children’s Literature earlier this spring with Rika’s Shepherd. Kira’s Crossing, the third and last book in a series that takes place both on land and underwater.

Yvette Doucette, Island-born daughter of a Jamaican mother and French father, was gifted with the soul of a poet. She is an accomplished spoken-word artist and performer, and has published poetry and memoir in various anthologies. Yvette is highly regarded by the PEI community for her work in the arts, as a teacher of young writers, and with newcomers to Canada.